Perched atop some of the highest hills in the region in a community east of Barolo, in the hamlet of Monforte d’Alba, resides Cascina Disa Elio Sandri. Giovanni Sandri established a foundation passed on to his son, Elio.  Every part of Sandri’s winemaking is slow and gentle, allowing for very low levels of sulphur and no other additions. The results are exquisite, ultra-traditional terroir-driven wines of unbridled elegance and poise with a seemingly endless lifespan.     Ceritified Organic by Associazione Soule e Salute. 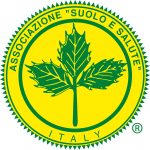 Elio in the office

In the midst of the parcel

In the midst of the organic parcel

“ Light ethereal fruit profile. It combines great ripeness of the fruit with solid structure. Vibrant, sour cherry-like acidity. Great intensity to the flavors. The finish is lingering on the palate with a mouthwatering acidity. Dark cherries, rosehip, roses, earth, and new leather.”

The 2013 Barolo Perno Vigna Disa emerges from the estate’s oldest vines. It possesses more tannin and energy than the other 2013s in the range, but otherwise it’s pretty similar in its old-school feel. Leather, espresso, spice, black cherry and mint infuse the 2013 with striking layers of complexity. This pleasantly rustic, old-school Barolo oozes with tension, class and personality. I loved it.     95 Points Antonio Galloni (Vinous) Oct 2020

The 2015 Barolo Perno is another unusual, deeply personal wine. Sandri fermented the 2015 in cement, where the wine also do most of its aging, except for the 18 months in cask that are required by law. Black cherry, lavender, spice, dried flowers, sweet tobacco, dried herbs, licorice and menthol come together in the glass. This powerful, dark, volatile and explosive wine is endowed with tremendous fruit depth and power, not to mention tons of personality.  94 Points Antonio Galloni (Vinous) Oct 2020

The 2012 Barolo Riserva Perno is the most elegant of the three 2012 Barolos I tasted. Soaring aromatics convey an impression of elegance and nuance that these wines don’t always show. Even so, there is plenty of the depth and power that are such signatures of these Barolos. Sweet tobacco, mint, spice, cedar and dried flowers are all laced throughout in this engaging, super-expressive Barolo from Elio Sandri.

Elio Sandri’s 2014 Barolo Perno Vigna Disa is gorgeous. It is also the only wine Sandri bottled in 2014, so all of the best fruit is in this bottling. Dark cherry, leather, smoke, savory herbs, licorice and dried flowers give the 2014 much of its complexity and overall nuance. Readers should expect a powerful, savory Barolo with quite a bit of both nuance and character, but less in the way of primary fruit.